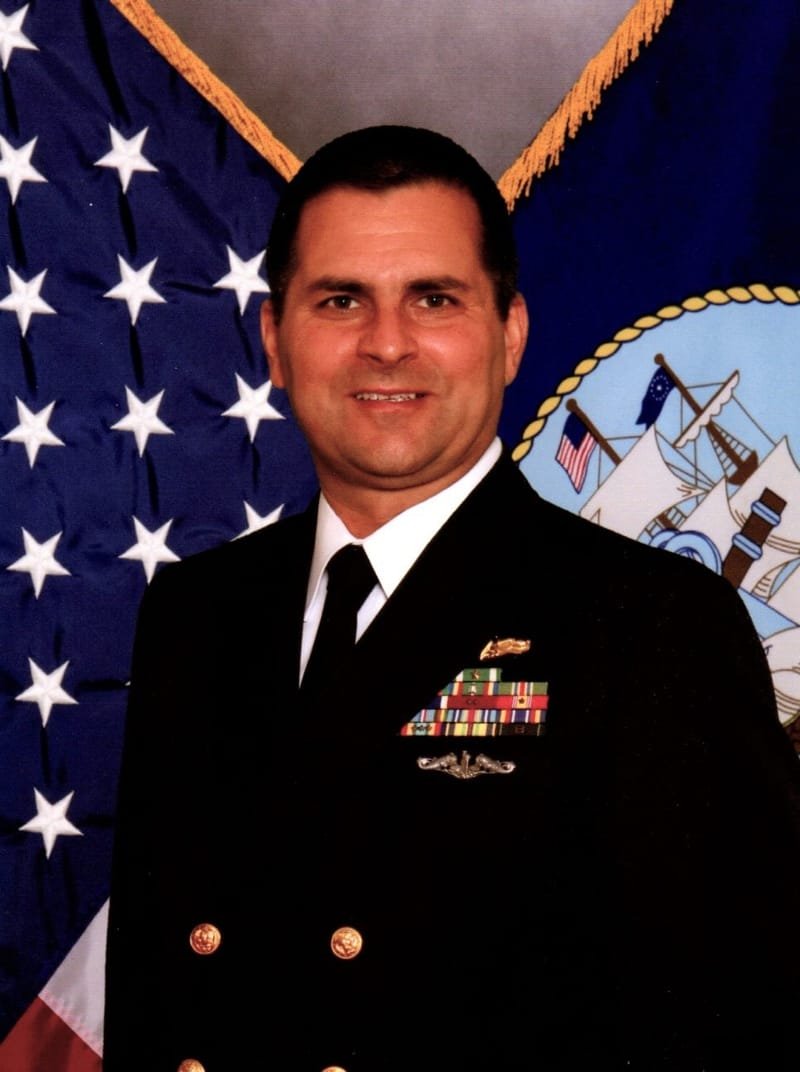 Lieutenant Commander Ronald Hojnowski was born in Port Hueneme, CA and raised in Michigan.  He enlisted in the United States Navy in 1986 as a Nuclear Propulsion Machinist Mate. Upon completion of the nuclear power training pipeline in 1988, he reported for duty aboard the ballistic missile submarine U.S.S George C. Marshall (SSBN 654).  Following four strategic deterrent deployments, he reported for duty aboard the U.S.S. Kentucky (SSBN 737).  As a member of the commissioning crew, he completed three more successful deployments.  While serving on shore duty as a nuclear repair officer in Pearl Harbor, HI, he was selected for the Navy’s Enlisted Commissioning Program in 1995.

He reported to Auburn University as an Officer Candidate in the ROTC unit, eventually serving as the unit's Battalion Commander.  Upon graduation in December 1997, he earned his undergraduate degree in Finance and commissioned as an Ensign in the U.S. Navy.  Following completion of Surface Warfare Officer School in Newport, RI, he reported for duty as Auxiliaries Officer and First Lieutenant aboard U.S.S. DeWert (FFG 45) in Mayport, FL and completed a counter-drug operations deployment in the eastern pacific.  His follow-on assignment was as Navigator in U.S.S. Hue City (CG 66) and a deployment to the Mediterranean/Persian Gulf in support of Operation Enduring Freedom.  He then reported to the Naval Postgraduate School in Monterey, California in 2005, where he completed his graduate studies earning a MBA in Manpower Systems Analysis.  His final tour of duty was in New Orleans, LA as the Enlisted Programs Officer, Navy Recruiting District New Orleans where he oversaw the successful attainment of enlisted recruiting goals and NROTC Scholarship applications, as well as the re-establishment of the NRD in New Orleans following the devastation caused by Hurricane Katrina in 2005.  LCDR Hojnowski retired from active duty in Sep 2008.